The avoidance of contamination of water circuits and wastewater is important - particularly in hospitals. Residues of pharmaceuticals – in particular antibiotics – in wastewater can endanger the biological purification stage. Germs such as legionella in the pipes, which are frequently present in existing buildings, pose an increased health risk for patients and also for staff. The use of strong oxidizing agents such as ozone or hydrogen peroxide can break down such organic contaminants of pharmaceutical residues and kill microorganisms. At the Fraunhofer IST, electrochemical processes and suitable (adapted to the application in question) electrochemical cells are being developed for this purpose, in which the use of additional chemicals can be avoided.

At the core of the Fraunhofer IST's solution are the diamond electrodes developed at the institute which are extremely durable and with which e.g. hydrogen peroxide can be produced directly in water - without the addition of chemicals. The experts at the Fraunhofer IST adapt, test and optimize the electrochemical cells in accordance with the respective requirements, thereby taking into account the fluid dynamics. The efficient cells can then be used directly in closed water circuits or, for example, for surface disinfection.

How you benefit from working with us

Cooperation with the Fraunhofer IST

Our focal points concerning the patient room of the future

KARMIN - The patient room of the future

Follow the link to the website for the KARMIN project - The patient room of the future. KARMIN - This stands for Krankenhaus Architektur, Reinigung, Material und Infektion (hospital architecture, cleaning, material and infection). Three powerful collaborative partners from research and practice have joined forces to jointly implement the infection-preventive patient room of the future, and to conduct analyses, research projects and training. 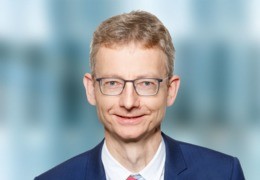