ThyssenKrupp Steel Europe with its on-site partners Fraunhofer IST and Fraunhofer IWS develops industry-ready solutions in the field of surface engineering for flat steel products at DOC. Among other things, DOC has a pilot coating line to apply new surface technologies to steel bands.

Fraunhofer IST primarily offers coatings for the application of wear and temperature-resistant surfaces at the Dortmund location. For this purpose, mainly duplex plasma processes using specially developed for PACVD coating, where a plasma diffusion treatment is continuously combined with a subsequent plasma coating process.

High standards are imposed on protective films for tools, especially in the area of hot forming (forging, die casting, extrusion moulding). They have to be resistant and chemically inert at very high application temperatures and under extreme thermal alternating stresses with superimposed mechanical load: for example, temperatures of more than 1000 °C are common in drop forging. In aluminium die casting, very high casting temperatures have to be taken into account and the aluminium melt, which has a highly erosive effect on steel, must be kept away from the casting mould made of steel. Protecting the tools as effectively as possible against wear due to abrasion and sticking is another objective.

Suitable boracic film systems using the duplex process were successfully developed for these conditions at DOC and tested under production conditions. The results show increases in free-standing quantities with significant improvements in process security since sticking is reduced and stabilisation of the planned quantities was achieved.

Duplex systems engineering operated in the Fraunhofer project group at DOC combines the process steps of edge layer hardening and hard material coating in a vacuum system. Benefits include the increased load carrying capacity of the composite system and improved film adhesion. 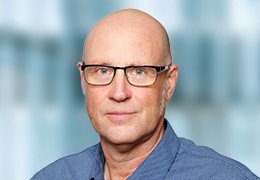