In the world of technology, aluminum is a popular material with many positive properties. Not only does it offer very good corrosion protection, it is also distinguished by good electrical properties and a high reflection capacity. The range of applications is correspondingly varied: from foil applications in the food industry to numerous components in the sanitation field and optical applications, aluminum is the material of choice.

While solid aluminum can be manufactured and machined extremely well, e.g. with casting or forging processes, the processes for depositing aluminum films are limited. In most cases, vacuum processes such as vaporization or sputtering, i.e. processes involving the physical deposition from the gas phase (PVD, physical vapour deposition) are used. The galvanic processes for deposition out of aqueous media, popular for other metals such as copper, nickel or chromium, aren't suitable for aluminium since this material isn't as electrochemically pure.

Aluminum deposition from organic solvents, on the other hand, has already been developed successfully to the point of technical feasibility. However, costly safety precautions are required since the solvents are flammable. An alternative which Fraunhofer IST was involved in developing is the galvanic deposition of aluminium out of so-called ionic fluids. These are salts, some of which are liquid at room temperature. They aren't flammable and, according to current scientific knowledge, also not toxic. However, they also have significant disadvantages: They are highly hygroscopic (water-absorbing) and therefore have to be protected from air moisture at considerable expense. Another significant disadvantage is their still very high cost.

A new approach by Fraunhofer IST for developing a safe, economical process for aluminum coating is the galvanic deposition of aluminum from so-called deep eutectic solvents. These are eutectic salt melts with a melting point near room temperature. In the case of aluminum deposition, the salt melt consists of a mixture of aluminium chloride and dimethyl sulphone (AlCl3/DMSO2). Unlike ionic fluids, DMSO2 is a very cheap substance which among other things is also used as a food additive. Like the ionic fluids, the eutectic mixture is also not flammable, but also highly hygroscopic, so that it likewise can be used only under the exclusion of air moisture. The first experiments at Fraunhofer IST are promising: Consistent aluminium films with a thickness of over 30 µm and good adhesion were produced successfully.

In order to qualify the process for industrial use, it must be ”simplified”, i.e. it must also work without the protection of a glovebox. One of the other biggest challenges is to design the transition from an aqueous pre-treatment, i.e. cleaning and activation, to non-aqueous film deposition without passivation occurring again in the interim. 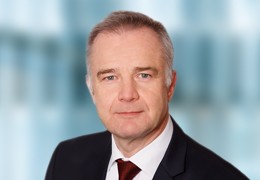